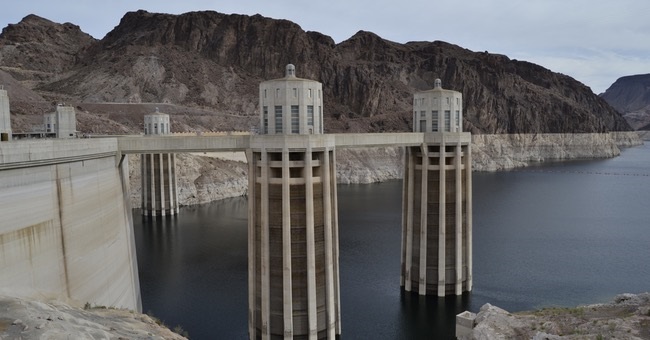 In the IOS blog, our cyberattack focus has mostly been on hackers stealing PII and other sensitive personal data. The breach notification laws and regulations that we write about require notification only when there’s been acquisition or disclosure of PII by an unauthorized user. In plain speak, the data is stolen.

These data laws, though, fall short in two significant ways.

One, the hackers can potentially take data that’s not covered by the law: non-PII that can include corporate IP, sensitive emails from the CEO, and other valuable proprietary information. Two, the attackers are not interested in taking data but rather in disruption: for example, deploying DoS attacks or destroying important system or other non-PII data.

Under the US’s HIPAA, GLBA, and state breach laws as well as the EU’s GDPR, neither of the two cases above — and that takes in a lot of territory — would trigger a notification to the appropriate government authority.

The problem is that data privacy and security laws focus, naturally, on the data, instead of the information system as a whole. However, it doesn’t mean that governments aren’t addressing this broader category of cybersecurity.

And that’s my motivation in writing this first in a series of posts on cybersecurity rules. These are important rules that organizations should be more aware. Sometime soon, it won’t be good enough, legally speaking, to protect special classes of data. Companies will be required to protect entire IT systems and report to regulatory authorities when there’s been actions to disrupt or disable the IT infrastructure.

The laws and guidelines that have evolved in this area are associated with safeguarding critical infrastructure – telecom, financial, medical, chemical, transportation. The reason is that cybercrime against the IT network of, say, Hoover Dam or the Federal Reserve should be treated differently than an attack against a dating web site.

Not that an attack against any IT system isn’t a serious and potentially costly act. But with critical infrastructure, where there isn’t an obvious financial motivation, we start entering the realm of cyber espionage or cyber disruption initiated by governments.

In other words, bank ATM machines suddenly not dispensing cash, the cell phone network dropping calls, or – heaven help us! — Google replying with wrong and deceptive answers, may be a sign of a cyberwar or at least a cyber ambush.

A few months back, we wrote about an interview between Charlie Rose and John Carlin, the former Assistant Attorney General in the National Security Division of the Department of Justice. The transcript can be found here, and it’s worth going through it, or at least searching on the “attribution” keyword.

Essentially, Carlin tells us that US law enforcement is getting far better at learning who are behind cyberattacks. The Department of Justice is now publicly naming the attackers, and then prosecuting them. By the way, Carlin went after Iranian hackers accused of intrusions into banks and a small dam near New York City. Fortunately, the dam’s valves were still manually operated and not connected to the Internet.

Carlin believes there are important advantages in going public with a prosecution against named individuals. Carlin sees it as a way to deter future cyber incidents. As he puts it, “because if you are going to be able to deter, you’ve got to make sure the world knows we can figure out who did it.”

So it would make enormous sense to require companies to report cyberattacks to governmental agencies, who can then put the pieces together and formally take legal and other actions against the perps.

As with the Data Protection Directive for data privacy, which was adopted in 1995, the EU has again been way ahead of other countries in formalizing cyber reporting legislation. Its Network and Information Systems Directive was initially drafted in 2013 and was approved by the EU last July.

In Article 14, operators of essential services are required to take “appropriate and proportionate technical and organisational measures to manage the risks posed to the security of network and information systems.”  They are also required to report, without undue delay, significant incidents to a Computer Security Incident Response Team or CSIRT.

CSIRTs are at the center of the NIS Directive. Besides collecting incident data, CSIRTs are also responsible for monitoring and analyzing threat activity at a national level, issuing alerts and warnings, and sharing their information and threat awareness with other CSIRTs.  (In the US, the closest equivalent is the Department of Homeland Security’s NCCIC.)

What is considered an incident in the NIS Directive?

It is any “event having an actual adverse effect on the security of network and information systems.”  Companies designated as providing essential services are given some wiggle room in what they have to report to a CSIRT. For an incident to be significant, and thus reportable, the company has to consider the number of users affected, the duration, and the geographical scope.

Essential digital service operators must also take into account the effect of their disruption on economic and “societal activities”.

Does this mean that a future attack against, say, Facebook in the EU, in which Messenger or status posting activity is disrupted would have to be reported?

To this non-attorney blogger, it appears that Facebooking could be considered an important societal activity.

Yeah, there are vagaries in the NIS Directive, and it will require more guidance from the regulators.

In my next post in this series, I’ll take a closer look at cybersecurity rules due north of us for our Canadian neighbor.