The SMB protocol enables “inter-process communication,” which is the protocol that allows applications and services on networked computers to talk to each other. SMB enables the core set of network services such as file, print, and device sharing.

How Does The SMB Protocol Work?

Who is poking your ports?

Weird network traffic and suspicious port connections on your network are signs you might have been breached. Need help figuring things out? Ask Varonis.

Microsoft continues to make advancements to SMB for performance and security: SMB2 reduced the overall chattiness of the protocol, while SMB3 included performance enhancements for virtualized environments and support for strong end-to-end encryption.

Just like any language, computer programmers have created different SMB dialects use for different purposes. For example, Common Internet File System (CIFS) is a specific implementation of SMB that enables file sharing. Many people mistake CIFS as a different protocol than SMB, when in fact they use the same basic architecture.

SMB has always been a network file sharing protocol. As such, SMB requires network ports on a computer or server to enable communication to other systems. SMB uses either IP port 139 or 445.

How To Keep These Ports Secure

Leaving network ports open to enable applications to function is a security risk. So how do we manage to keep our networks secure and maintain application functionality and uptime? Here are some options to secure these two important and well-known ports. 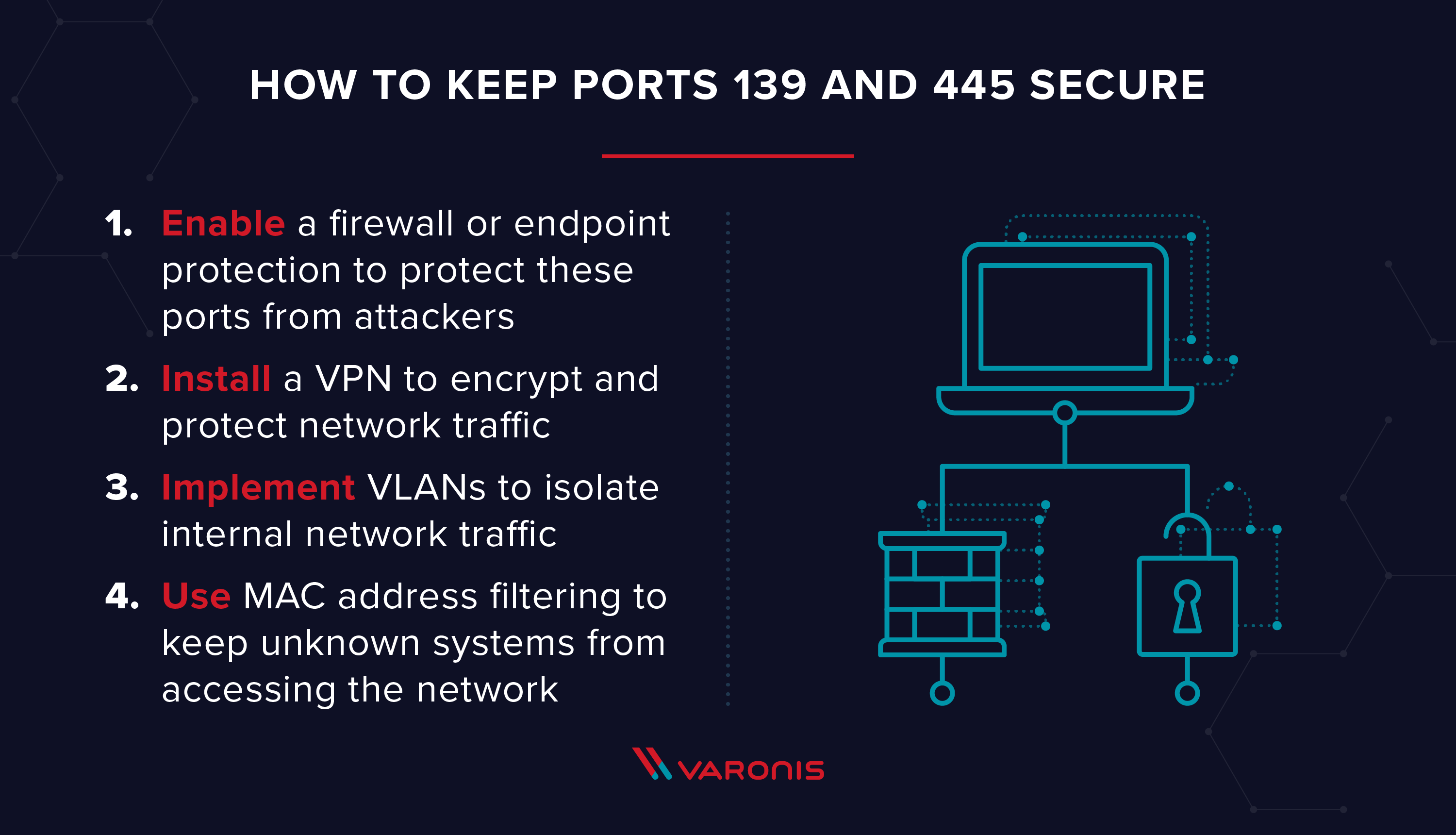 In addition to the network specific protections above, you can implement a data centric security plan to protect your most important resource – the data that lives on your SMB file shares.

How to Detect Dropbox on Your Network

ARP Poisoning: What it is & How to Prevent ARP Spoofing Attacks