The Varonis Data Security Platform Remote Work Update is here! This update delivers the product enhancements you need right now to keep your data safe in a work-from-home world. In this video, we’ll give you a quick tour of what’s new and outline all the details in the post below.

Visibility and Threat Detection for a Remote Workforce

With more people working from home, cyberattacks are on the rise. Many of you have reached out to our Incident Response Team for help, and we’re going to continue to support you any way we can.

Meanwhile, these new features will help with some of the new threats you’re facing with increased VPN activity, Microsoft Teams / O365 usage, and a lot more. We’re including these features as part of the Data Security Platform version 8, however, many of these updates will be available as patches to version 7, so you can deploy them as quickly as possible.

Let’s get right to the highlights, shall we?

The new Edge dashboard highlights key risk indicators such as:

These customizable widgets highlight risks to your remote workforce and help security teams track and trend progress as they mitigate critical security gaps.

Our Incident Response and Forensics teams investigated over 650 incidents last year. We’ve taken that real-world experience and made it available to you in the form of out-of-the-box queries to give you a head start on your own investigations.

Some of the new remote work-centric queries include:

These queries can highlight potential indicators of compromise that haven’t yet progressed to a full-blown alert. There are dozens of new queries available, and of course, you can build and save custom queries as well.

Microsoft Teams usage has exploded during the 2020 pandemic, but rushed deployments with misconfigured permissions and limited threat monitoring are making hackers salivate. In fact, the U.S. Department of Homeland Security issued an alert about it.

There are countless ways to share data via Teams and answering a simple question like “Which sensitive files have are overexposed?” can be an archeology project with the built-in security tools.

Varonis de-mystifies Teams permissions and shows you how each user can access your Office 365 data. For example, Varonis identifies if a user exists in Azure or if the user is granted access via a sharing link, right in the interface. Clearly see the impact Teams has on your threat surface and get a granular view of who can access data shared through Teams—even if the users are outside of the organization. 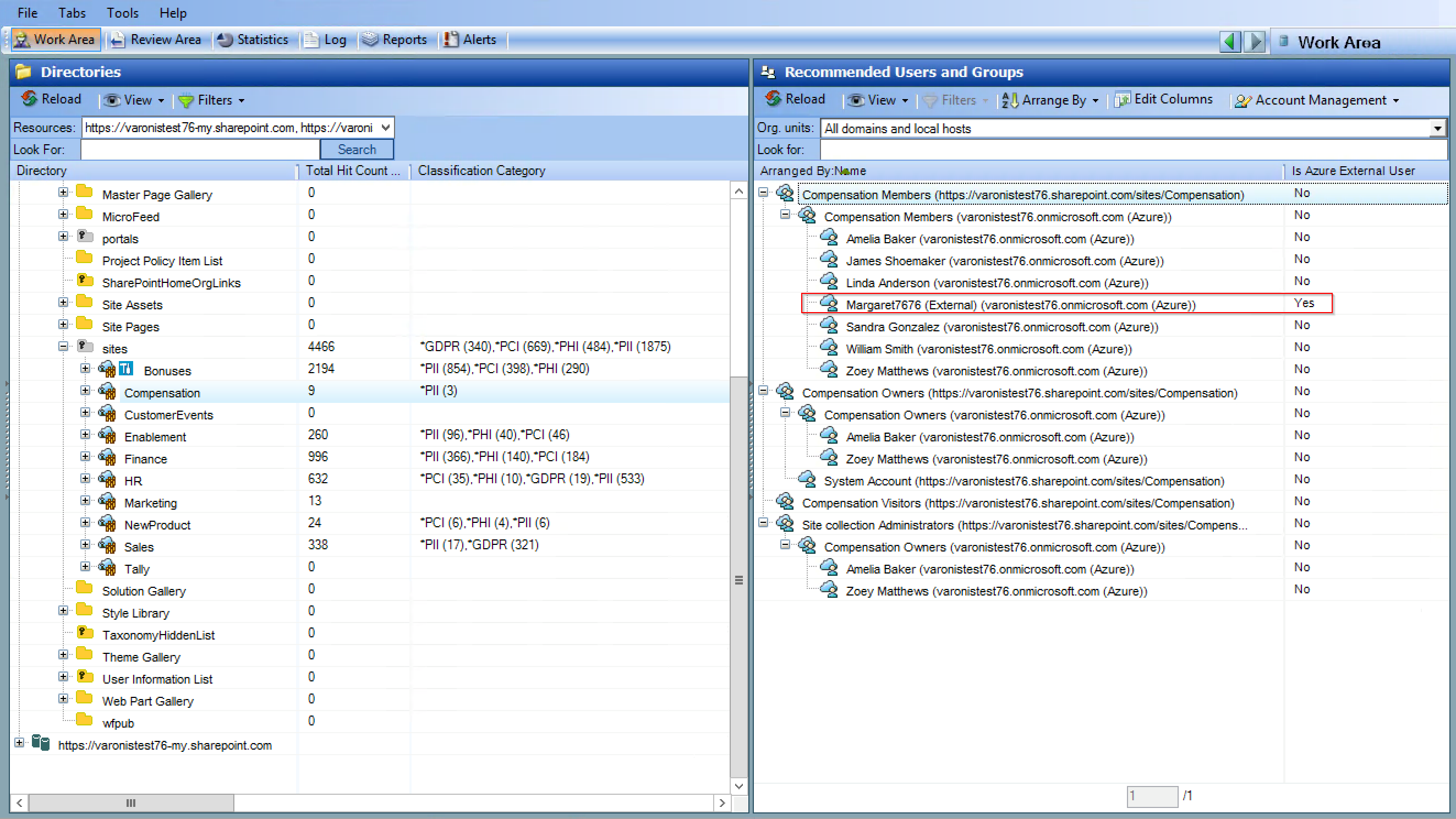 Check out our webinar Complexity is the Enemy of Security: Protecting Data at Scale in Office 365 to learn more about how Teams permissions work under the hood and how users can inadvertently expose sensitive data.

Varonis makes it easy to see where sensitive data may be overexposed. The Remote Work Update adds new reports that show where data is shared with external users or even publicly on the internet so that you can remove excessive sharing links and protect your data. 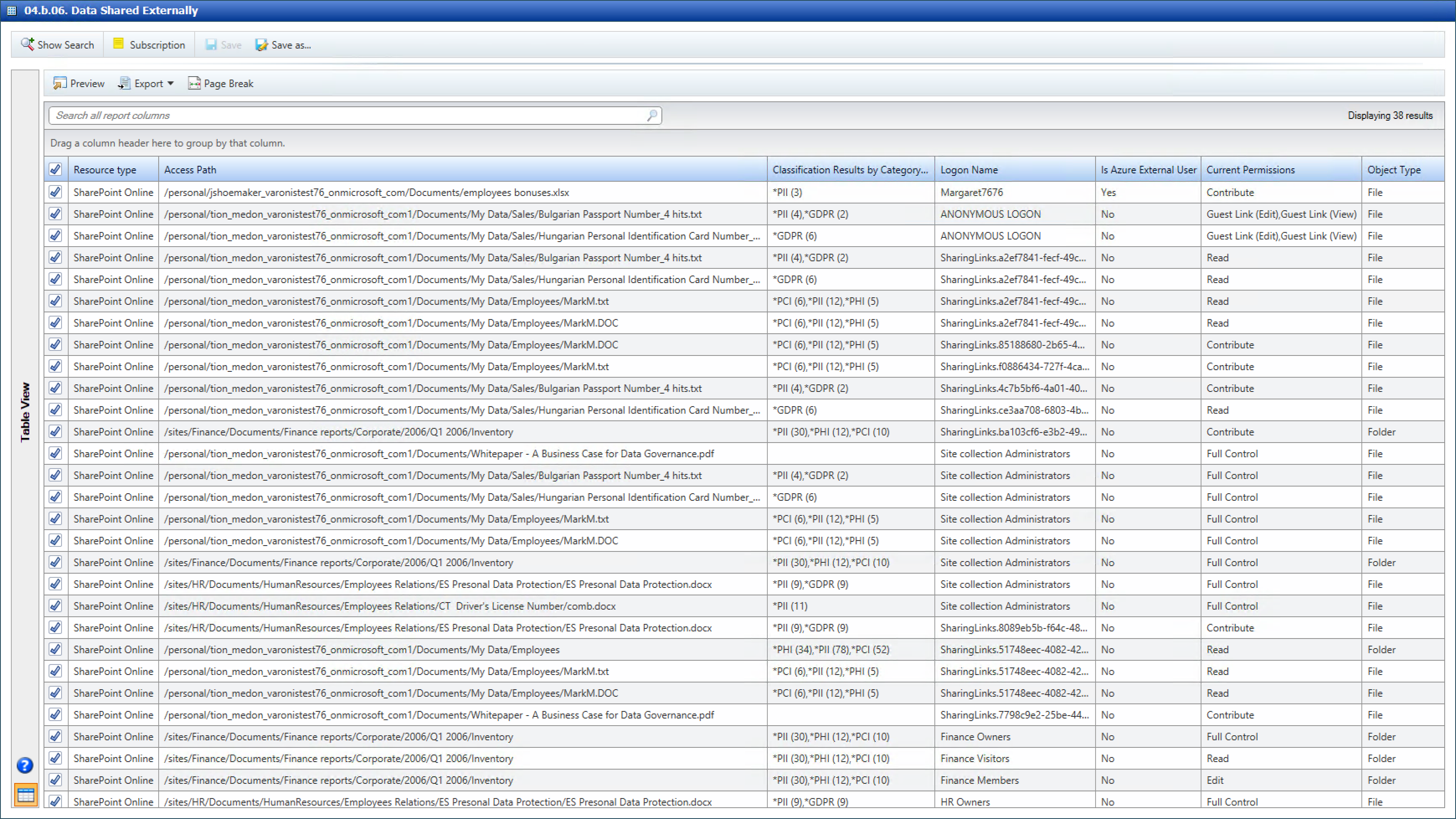 The number of internet-facing systems increased by 30% since March, and Teams usage jumped 500%, so we added new threat models to detect more attacks against Office 365.

In response, we added new threat models that enable users to combat those new threats. For example, Varonis will detect if a compromised account creates a sharing link to sensitive data, or there is an active brute force attack directed at Azure.

In the Remote Work Update, we added threat models to detect:

Want a more in-depth tour? Sign up for Varonis Virtual Connect on June 3rd, 2020 to join our product team for an in-depth tour of the Remote Work Update. 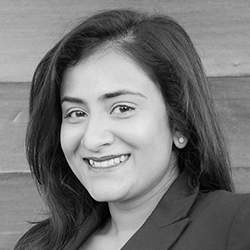