[1] Ryuk is a strain of ransomware that was discovered in August 2018. It is different from other types of ransomware variants, such as WannaCry, in that it is used mostly in targeted attacks. Ryuk is designed in a way that forces the attacker to give each victim individual attention.

[2] Ryuk has recently been observed using the Zerologon exploit (CVE-2020-1472), which allows the cybercriminals to escalate their privileges much faster than they can via other methods. As a result, it is common to see the attacker use the password of the primary domain controller to move laterally to the rest of the domain controllers and using them to spread the ransomware across the network.

[3] Silent Librarian, AKA COBALT DICKENS or TA407, is a threat actor that uses spear phishing techniques to attack universities, mostly in the United States but also in other parts of the world. It specifically targets university staff and students, as the goal of these attacks is stealing academic research data.

Based in Iran and most likely funded by the Iranian government, Silent Librarian represents Iran’s intentions and interests to keep up with the world’s scientific development despite the severe sanctions the country faces.

In order to get the victims to fall in their trap, Silent Librarian uses domain names very similar to the university’s real domain name, except that they swap the top-level domain name for another.

Silent Librarian uses Cloudflare’s service to hide the hosting origin, as the attackers tend to use infrastructure based in their own country, most likely due to their inability to acquire infrastructure in different countries.

Mekotio is a banking trojan that was first seen in the wild on 2015. Banking trojans became increasingly popular in the last years, due to how profitable they can be as a payload of a successful attack.

[4] In order to remain undetected by AV and EDR solutions, banking trojans need to constantly change and evolve, and the Latin-American trojan Mekotio is an excellent example of that – not only does its feature set change often, but it is also believed that multiple variants of Mekotio are developed simultaneously at all times. Mekotio is mostly delivered via spam emails and uses several stages of loaders.

In its attacks, Mekotio tends to use specially crafted pop-up windows, carefully designed to target Latin-American banks, to collect sensitive information. Mekotio has advanced recon capabilities to identify firewall configurations, Windows version, which security solutions are installed, and whether the current user holds of administrative privileges. It also uses standard techniques to achieve persistence, by using registry keys or the Windows startup folder. 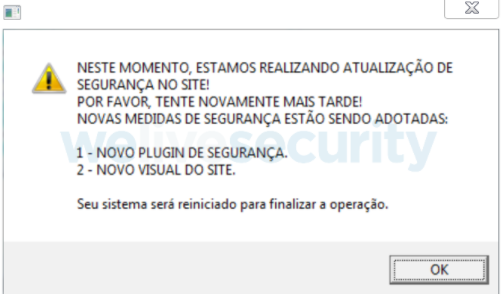 It contains several interesting capabilities, in addition to usual ones like keylogging and screenshotting, such as exfiltrating credentials stored in the Google Chrome browser, stealing crypto-currency by replacing strings in the clipboard, and partial destruction of data by removing files and folders in system-related directories.

Due to the difference in the banking systems in different countries, banking trojans variants tend to be location-specific. Mekotio is no different. While its primary target is Latin-American banks, it is also known to target dozens of victims, mainly Brazil, Chile, Mexico, and Peru.

Varonis DatAlert has have several threat models that can identify the malware variants mentioned, on different stages of their activity:

Success story of the month

One of Varonis’ customers – a company in the US with thousands of employees, had an incident involving NetWalker ransomware.

The forensics team proactively reached out to the customer when our threat hunting systems indicated they might be experiencing a stealthy ransomware attack.

During an investigation session, it became clear that the customer had a compromised user in O365, which the attacker used to gain access to the on-premise network.

Inside the network, the attacker managed to compromise a service account, which was used to run both Cobalt Strike and NetWalker ransomware. 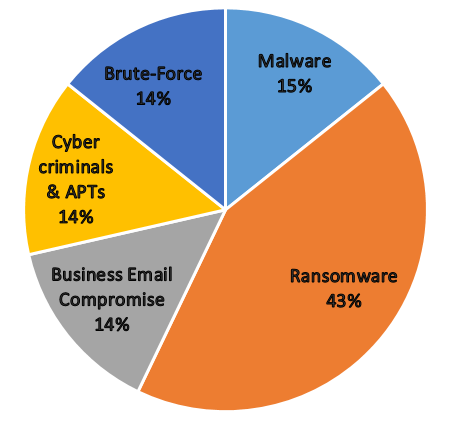