Practical PowerShell for IT Security, Part I: File Event Monitoring 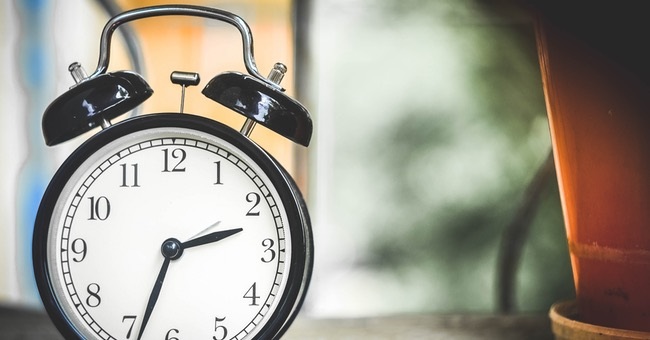 This article is part of the series "Practical PowerShell for IT Security". Check out the rest:

Back when I was writing the ultimate penetration testing series to help humankind deal with hackers, I came across some interesting PowerShell cmdlets and techniques. I made the remarkable discovery that PowerShell is a security tool in its own right. Sounds to me like it’s the right time to start another series of PowerShell posts.

We’ll take the view in these posts that while PowerShell won’t replace purpose-built security platforms — Varonis can breathe easier now — it will help IT staff monitor for threats and perform other security functions. And also give IT folks an appreciation of the miracles that are accomplished by real security platforms, like our own Metadata Framework. PowerShell can do interesting security work on a small scale, but it is in no way equipped to take on an entire infrastructure.

Before you start cursing into your browsers, I’m well aware that any operating system command language can be used to monitor system-level happenings. A junior IT admin can quickly put together, say, a Linux shell script to poll a directory to see if a file has been updated or retrieve a list of running processes to learn if a non-standard process has popped up.

I ain’t talking about that.

PowerShell instead gives you direct event-driven monitoring based on the operating system’s access to low-level changes. It’s the equivalent of getting a push notification on a news web page alerting you to a breaking story rather than having to manually refresh the page.

In this scenario, you’re not in an endless PowerShell loop, burning up CPU cycles, but instead the script is only notified or activated when the event — a file is modified or a new user logs in — actually occurs. It’s a far more efficient way to do security monitoring than by brute-force polling.

Further down below, I’ll explain how this is accomplished.

But first, anyone who’s ever taken, as I have, a basic “Operating Systems for Poets” course knows that there’s a demarcation between user-level and system-level processes.

The operating system, whether Linux or Windows, does the low-level handling of device actions – anything from disk reads, to packets being received — and hides this from garden variety apps that we run from our desktop.

So if you launch your favorite word processing app and view the first page of a document, the whole operation appears as a smooth, synchronous activity. But in reality there are all kinds of time-sensitive actions events — disk seeks, disk blocks being read, characters sent to the screen, etc. — that are happening under the hood and deliberately hidden from us.  Thank you Bill Gates!

In the old days, only hard-core system engineers knew about this low-level event processing. But as we’ll soon see, PowerShell scripters can now share in the joy as well.

This brings us to Windows Management Instrumentation (WMI), which is a Microsoft effort to provide a consistent view of operating system objects.

Only a few years old, WMI is itself part of a broader industry effort, known as Web-based Enterprise Management (WBEM), to standardize the information pulled out of routers, switches, storage arrays, as well as operating systems.

So what does WMI actually look and feel like?

For our purposes, it’s really a query language, like SQL, but instead of accessing rows of vanilla database columns, it presents complex OS information organized as a WMI_class hierarchy. Not too surprisingly, the query language is known as, wait for it, WQL.

Windows generously provides a utility, wbemtest, that lets you play with WQL. In the graphic below, you can see the results of my querying the Win32_Process object, which holds information on the current processes running.

Effectively, it’s the programmatic equivalent of running the Windows task monitor. Impressive, no? If you want to know more about WQL, download Ravi Chaganti’s wonderous ebook on the subject.

PowerShell and the Register-WmiEvent Cmdlet

But there’s more! You can take off the training wheels provided by wbemtest, and try these queries directly in PowerShell.

Powershell’s Get-WMIObject is the appropriate cmdlet for this task, and it lets you feed in the WQL query directly as a parameter.

The graphic below shows the first few results from running select Name, ProcessId, CommandLine from Win32_Process on my AWS test environment.

The output is a bit wonky since it’s showing some hidden properties having to do with underlying class bookkeeping. The cmdlet also spews out a huge list that speeds by on my console.

For a better Win32_Process experience, I piped the output from the query into Out-GridView, a neat PS cmdlet that formats the data as a beautiful GUI-based table.

Not too shabby for a line of PowerShell code. But WMI does more than allow you to query these OS objects.

As I mentioned earlier, it gives you access to relevant events on the objects themselves. In WMI, these events are broadly broken into three types: creation, modification, and deletion.

Prior to PowerShell 2.0, you had to access these events in a clunky way: creating lots of different objects, and then you were forced to synchronously ‘hang’, so it wasn’t true asynchronous event-handling. If you want to know more, read this MS Technet post for the ugly details.

Now in PS 2.0 with the Register-WmiEvent cmdlet, we have a far prettier way to react to all kinds of events. In geek-speak, I can register a callback that fires when the event occurs.

Let’s go back to my mythical (and now famous) Acme Company, whose IT infrastructure is set up on my AWS environment.

Let’s say Bob, the sys admin, notices every so often that he’s running low on file space on the Salsa server. He suspects that Ted Bloatly, Acme’s CEO, is downloading huge files, likely audio files, into one of Bob’s directories and then moving them into Ted’s own server on Taco.

Bob wants to set a trap: when a large file is created in his home directory, he’ll be notified on his console.

To accomplish this, he’ll need to work with the CIM_DataFile class.  Instead of accessing processes, as we did above, Bob uses this class to connect with the underlying file metadata.

Playing the part of Bob, I created the following Register-WmiEvent script, which will notify the console when a very large file is created in the home directory.

Running this script directly from the Salsa console launches the Register-WmiEvent command in the background, assigning it a job number, and then only interacts with the console when the event is triggered.

In the next post, I’ll go into more details about what I’ve done here. Effectively, I’m using WQL to query the CIM_DataFile object — particularly anything in the \Users\bob directory that’s over 2 million bytes — and set up a notification when a new file is created that fits this criteria —that’s where InstanceModificationEvent comes into play.

Anyway, in my Bob role  I launched the script from the PS command line, and then putting on my Ted Bloatly hat, I copied a large mp4 into Bob’s directory. You can see the results below.

We now know that Bloatly is a fan of Melody Gardot. Who would have thunk it?

You begin to see some of the exciting possibilities with PowerShell as a tool to detect threats patterns and perhaps for doing a little behavior analytics.

We’ll be exploring these ideas in the next post.