DNS security should be considered an essential part of any business’s security plan. Name resolution services (translating hostnames into IP addresses) are used by nearly all applications and services on a network.

If an attacker could gain control of an organization’s DNS they could easily:

What is DNS Security? 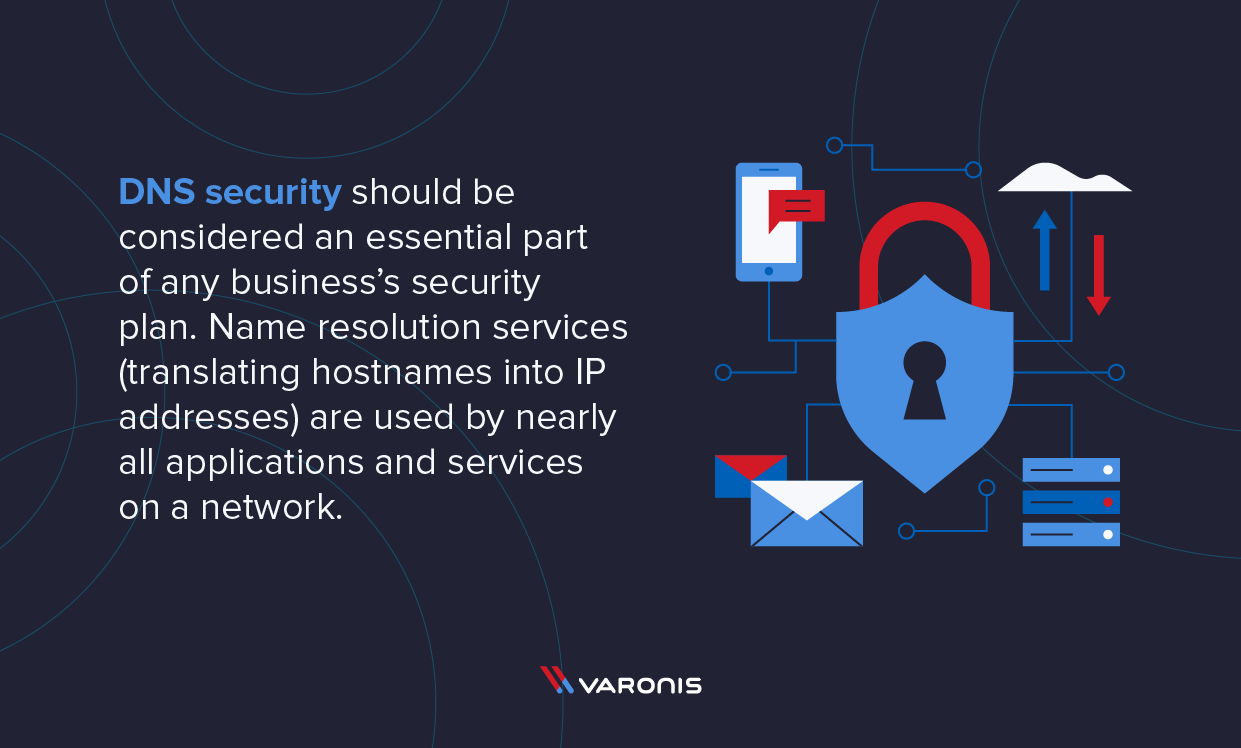 Why is DNS Vulnerable to Attack

DNS was created in the early years of the internet, far before anyone ever thought of incorporating security best practices. DNS operates without authentication or encryption blindly resolving queries for any client that asks.

Given that starting point, there are numerous ways to spoof, falsify or mislead clients about where name resolution is actually happening. 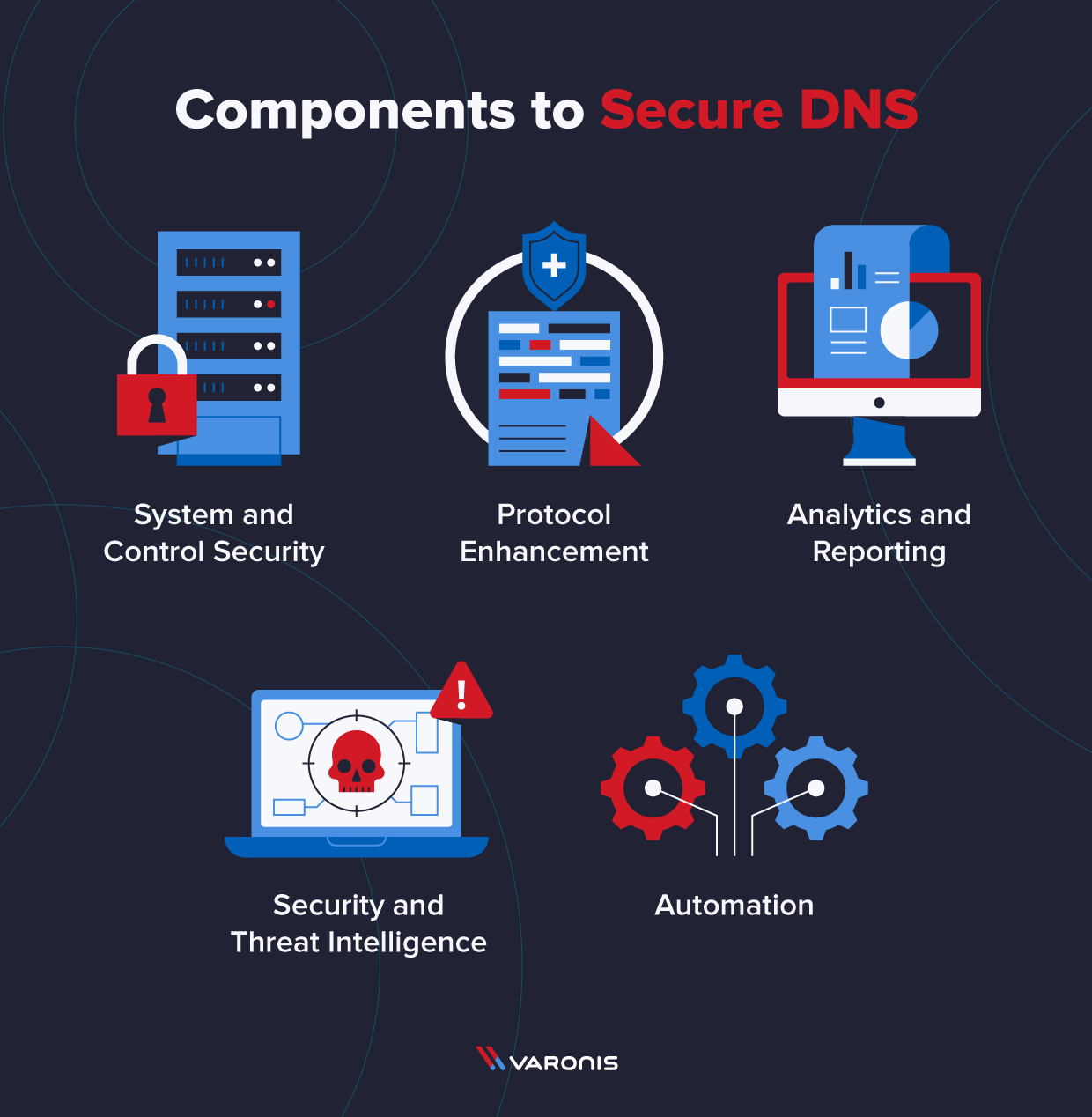 DNS Security is made up of several overarching components that need to be addressed to properly secure DNS as a whole.

The above high-level components are just the tip of the iceberg as it pertains to DNS security. In the following section, we will deep dive into more specific use cases and best practices that you need to be aware of. 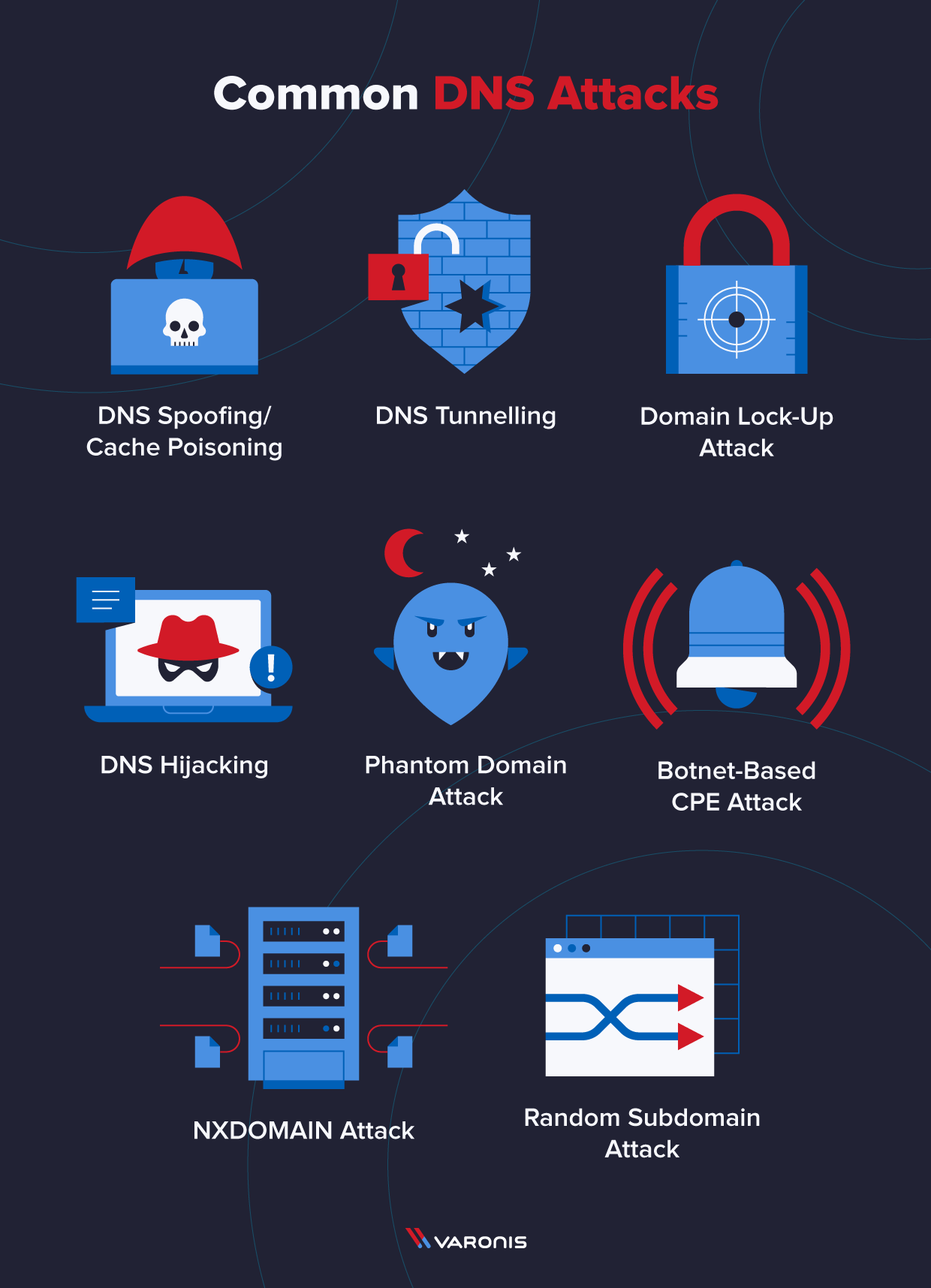 These are attacks that use DNS in some way to attack other systems (aka changing DNS entries is not the target).

Attacks resulting in the IP address returned from a DNS server is what an attacker wants and not the legitimate admins of the DNS server. 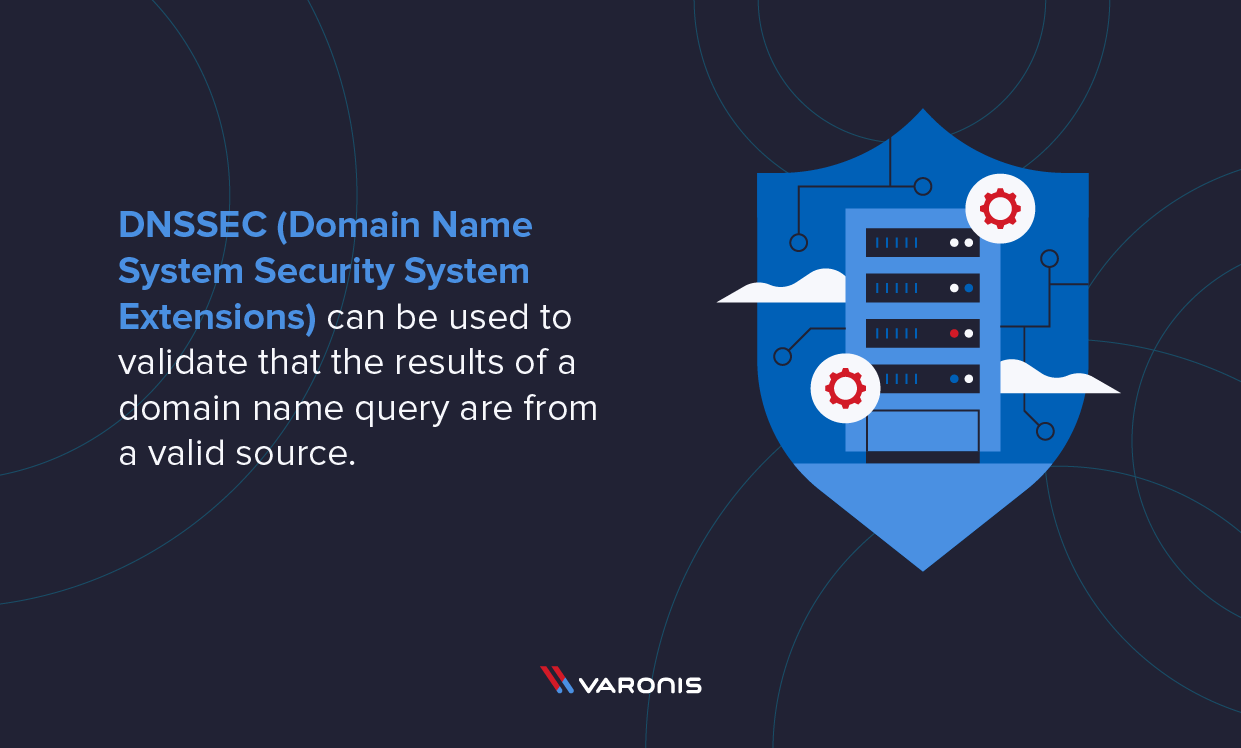 DNSSEC stands for Domain Name System Security Extensions and is used to validate DNS records without needing to know the outlining information around each specific DNS query.

DNSSEC uses digital signature key pairs (PKI) to validate whether the answer to a DNS query is coming from the proper source.

Implementing DNSSEC is not only an industry best practice required by NIST but also is an effective way to combat the simpleness of how DNS operates and avoid most DNS attacks. 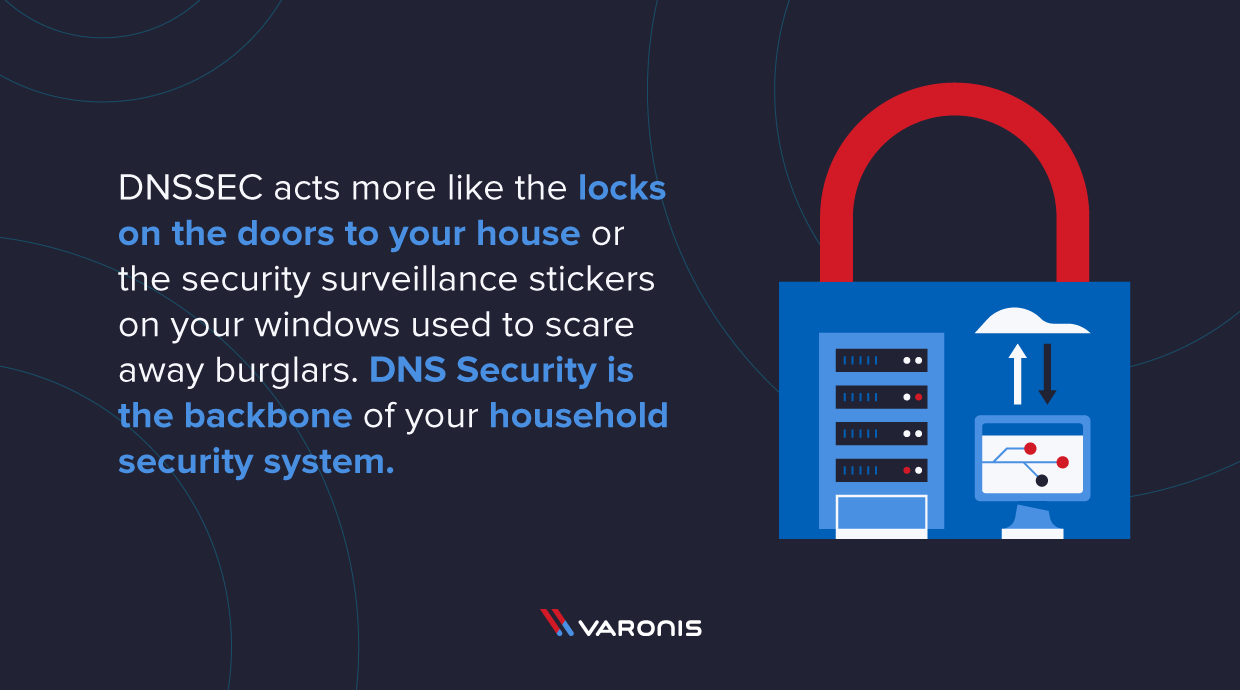 DNSSEC is a security control to validate the integrity of DNS queries but does not impact DNS privacy. Put another way: DNSSEC may let you feel confident that the answer to your DNS query is what was intended, but any attacker or snoop could see those results as they were transmitted to you.

Transport Layer Security – is a cryptographic protocol to secure transmitted information over a network connection. Once a secure TLS connection is established between a client and a server, no intermediaries can “see” the data being transmitted as it is encrypted.

TLS is most commonly used as part of HTTPS (“SSL”) in your web browser as requests are made to secure HTTP servers.

DNS over HTTPS (or DoH) is an experimental protocol being led by Mozilla and Google that has very similar goals to DoT: improving the privacy of people browsing the internet by encrypting DNS queries and responses.

Standard DNS queries are transmitted via UDP and the requests and responses can be watched with tools like Wireshark. DoT encrypts these queries but they are still identifiable as fairly distinct UDP traffic on the network.

DoH takes a different approach and transmits encrypted DNS resolution requests over HTTPS connections which over the wire look like any other web request.

This difference has some significant ramifications for both sysadmins and the future of name resolution.

What is the difference between DNS over TLS & DNS over HTTPS?

Let’s start with DNS over TLS (DoT). The main focus here is that the original DNS protocol does not change; it is just transmitted securely over a secure channel. DoH encapsulates DNS in HTTP format before requests are made. 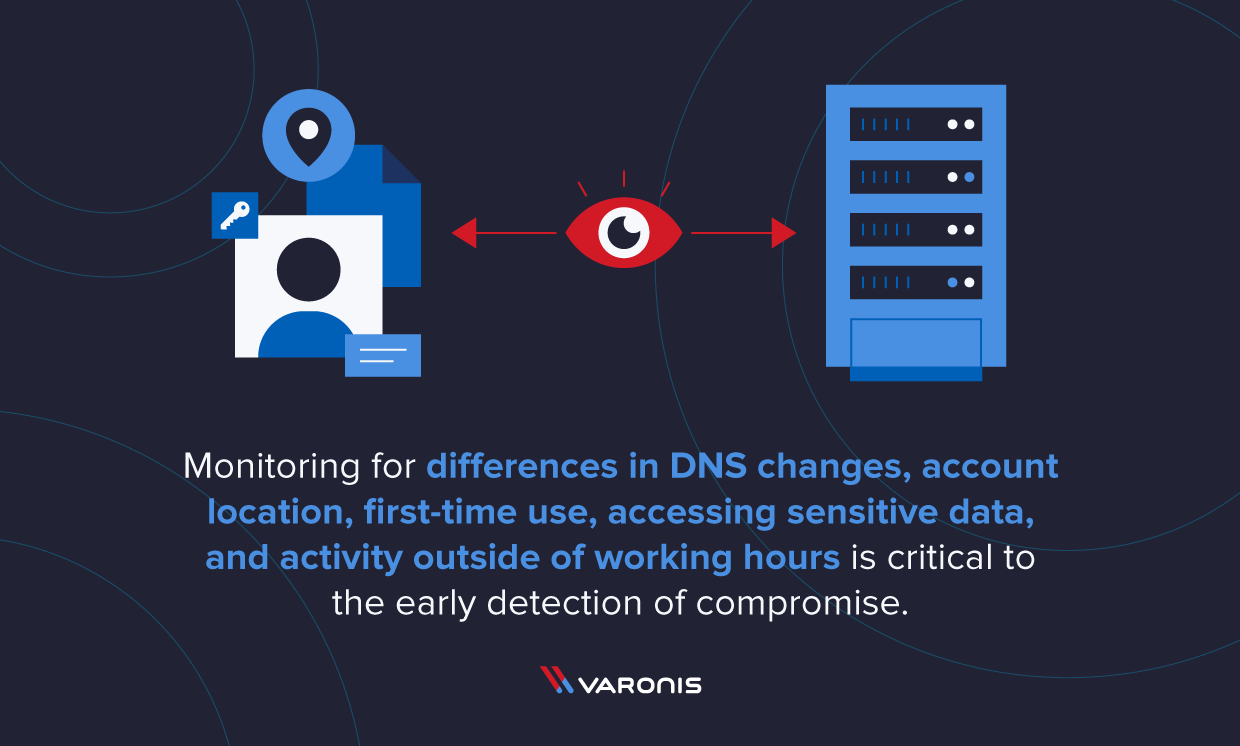 Being able to monitor your perimeter DNS traffic for suspicious anomalies effectively is critical to the early detection of compromise. Using a tool like Varonis Edge will give you the ability to alert on intelligent metrics and build profiles for each account on your network. Alerts can be generated by a combination of actions within a specific time. These periods have been established by analyzing the results of breaches around the world in each industry.

Monitoring for differences in DNS changes, account location, first-time use, accessing sensitive data, and activity outside of working hours are only a few metrics that can be correlated to painting a broader picture of detection.