What is an Advanced Persistent Threat (APT)? 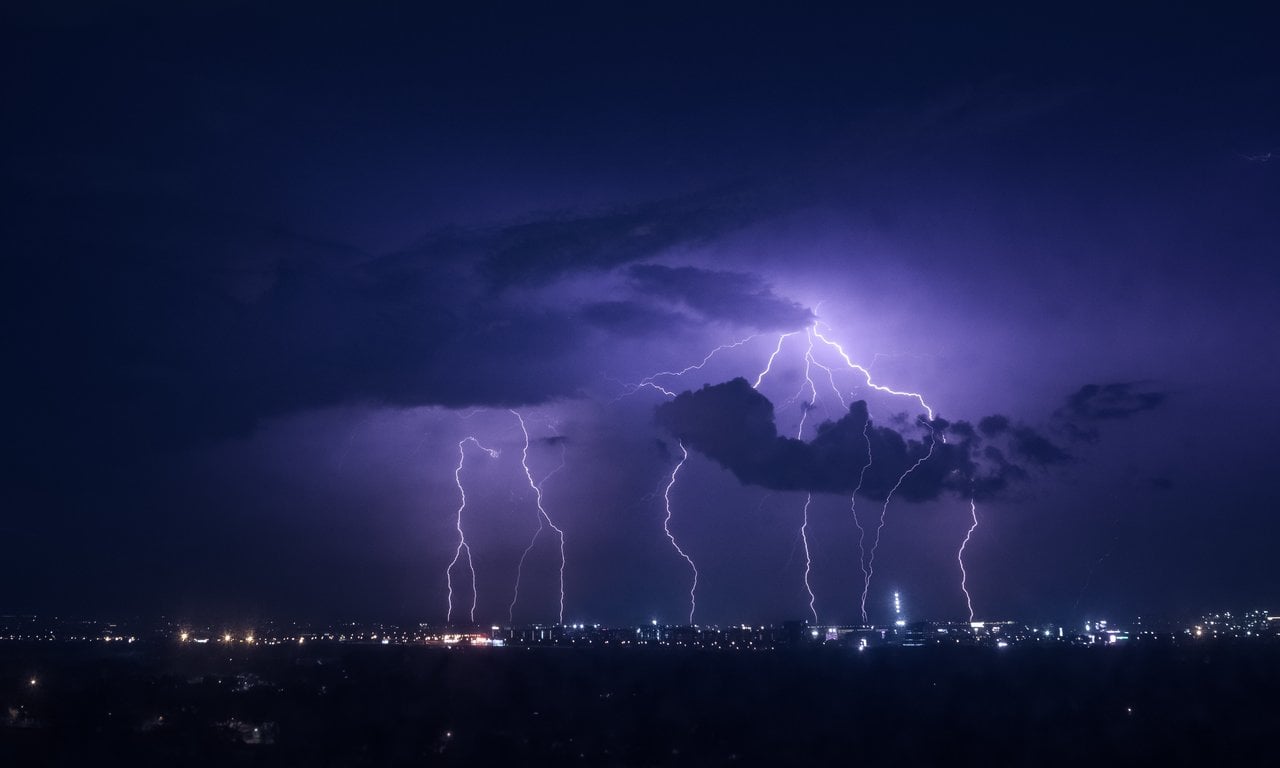 Advanced Persistent Threats (APTs) are long-term operations designed to infiltrate and/or exfiltrate as much valuable data as possible without being discovered. It’s not yet possible to estimate exactly how much data actors were able to access with Slingshot, but Kaspersky’s data says that Slingshot affected approximately 100 individuals across Africa and the Middle East, with most of the targets in Yemen and Kenya. As we saw with the Stuxnet APT, Slingshot appears to have originated from a nation-state. As an APT, it doesn’t get much better than 6 years undetected. The lifecycle of an APT is much longer and more complex than other kinds of attacks.

Stuxnet, for example, led a strategic attack on a high-value target: the programmers wrote code to attack a specific control board by a specific manufacturer that Iran used to enrich uranium. And they wrote it in such a way that it would be hard to find, so it had as much time to do as much damage as possible. The lifecycle of an APT is much longer and more complicated than other kinds of attacks.

APT operations, with many steps and people involved, require a massive amount of coordination. There are a few tried and true tactics that reappear across different APT operations:

Who is Behind Advanced Persistent Threats (APT)?

Operators who lead APT attacks tend to be motivated and committed. They have a goal in mind and are organized, capable, and intent on carrying out that goal. Some of these operations live under a larger organization, like a nation-state or corporation.
These groups are engaged in espionage with the sole purpose of gathering intelligence or undermining their targets capabilities.

Some examples of well-known APT groups include:

Corporations will engage in industrial espionage with APTs, and Hacktivists will use APTs to steal incriminating information about their targets. Some lower level APTs are designed just to steal money.

These are by far the most prevalent, but their actors are not as sophisticated or capable as the actors sponsored by nation-states.

Typical motives for APTs are espionage, gaining a financial or competitive advantage over a rival, or simple theft and exploitation.

What are Common Targets for Advanced Persistent Threats (APT)?

In general, APTs target higher-value targets like other nation-states or rival corporations. However, any individual can ultimately be a target of an APT.

Two telling characteristics of an APT attack are an extended period, and consistent attempts at concealment.

Any (and all) sensitive data is a target for an APT, as is cash or or cash equivalents like bank account data or bitcoin wallet keys. Potential targets include: 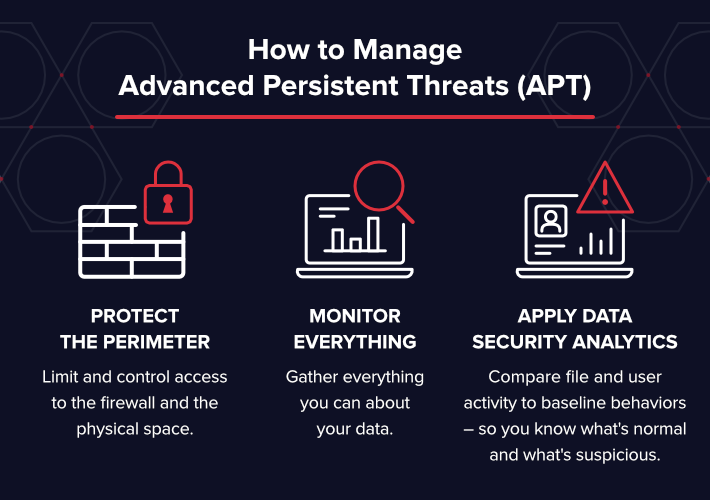 Protecting yourself from APTs requires a layered security approach:

APT attacks can be difficult (or impossible) to detect without monitoring. The attackers are actively working against you to remain undetected but still able to operate. Once they’re inside the perimeter, they may look like any other remote user – making it difficult to detect when they’re stealing data or damaging your systems.

The Varonis Data Security Platform provides the monitoring and analytics capabilities you need to detect and thwart APTs against your organization – even once they’re inside.