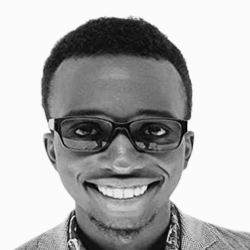 In this article, we'll cover a basic overview of SQL injections, identify who's most vulnerable, and give tips for identifying and preventing attacks.

Overview: What is SQL?

SQL is a structured query language that functions to manipulate, store, and retrieve data concerning the database. All relational database systems use SQL, including:

SQL is subject to commands like “create,” “select,” “insert,” and “delete” and is needed in building a database-interactive website.

What is SQL injection (SQLI)?

In a SQL injection, attackers can:

What does an SQL injection attack do?

A successful SQL injection grants the attacker database administrative rights resulting in unauthorized access to confidential data such as passwords, usernames, financial credentials, and addresses. SQL injections have resulted in some of the most high-profile data breaches in history, including The Pirate Bay.

A SQL injection can grant the attacker a persistent back door to the vulnerable systems of the organization, resulting in long-term malicious attacks that can go unnoticed for an extended period of time.

If an attacker modifies SQL queries to return additional results, the result could be retrieval of hidden data.

Attackers can change the SQL queries to modify the application's logic.

Retrieves data from other database tables

When SQL query results can be channeled within the application's responses, a successful SQL injection can retrieve data from other database tables. This result is made possible by UNION SQL injection, which we’ll cover in more detail below.

Who is vulnerable to SQLI attacks?

SQL injection attacks can come in all shapes and sizes. Examples of SQL injections include:

Attackers can modify SQL queries to return additional, confidential data, and then download that data from the database.

Consider a vulnerable event page that only displays confirmed and published events but also contains a draft of upcoming events being planned. When selecting a published event, the query appears as:

An attacker can craft an attack that will retrieve hidden data (events in the draft) by the use of SQL comment sequence — hence the query:

SELECT * FROM planned_events WHERE category = ‘party1’--’

To subvert an application's logic, an attacker alters the interface query. Consider a vulnerable application that authorizes users to log in using passwords and usernames by implementing the query:

These attacks involve using the keyword “UNION” to retrieve data from other database tables. This keyword allows attackers to execute additional or single SELECT queries, and actual query results are appended:

SELECT a, b FROM table1 UNION SELECT c, d FROM table2

In a reconnaissance attack, hackers gain access to information about the version and database structure. This lets them exploit version or database-specific bugs or gain insight into what other data is held in the database.

An attacker can also query the list of database tables or schemas that exist:

In first-order SQL injection, applications use HTTP requests to receive user input. During processing, information is included in the SQL query in an unprotected manner.

The next time an application handles another HTTP request, stored data is retrieved and incorporated into the SQL query harmfully.

How to identify a SQL injection vulnerability

Automated tooling typically identifies that an application is vulnerable to SQL injection.

This type of detection involves numerous tests at each possible SQL injection point in an application, including:

Once it’s determined that an attack is possible manual queries are written specifically to the application’s data structures, database, and version to launch attacks or exfiltrate data.

The impacts of SQL injections are varied and require different preventive measures, including:

Web servers such as the ones below play an essential role in preventing SQL injection vulnerabilities:

IIS has the ability to prevent SQL injections by filtering inbound HTTP requests. Make sure to use the latest version of IIS.

While NoSQL databases like Redis, Cassandra, or MongoDB don't technically use “SQL queries”, they still do queries based upon the input, making them vulnerable to injection attacks if they lack proper input sanitization.

NoSQL injection allows hackers to insert malicious code into commands for datastores and can affect web applications built on the following stacks:

This includes the use of:

Identifying a SQL injection attack depends on having the proper measures in place ahead of time.

This checklist will help you trace the attack execution and point out places you need to add a security layer.

SQL injection attacks are a severe cybersecurity threat and companies and organizations need to take various measures to prevent these attacks.

Alvin is an ethical hacker specializing in web security, and his primary goal is to secure the internet. 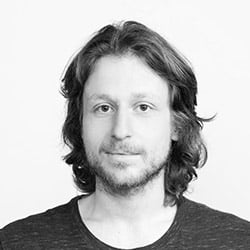