The World in Data Breaches

Data security is one of the largest concerns impacting the world today.

The increasing sophistication of cyber attacks coupled with the overall lack of cybersecurity has led to the greatest data breaches and the loss of data records on a global scale.

However, not all data breaches are the same worldwide — various factors such as laws, population, and the size of data breaches influence the number of stolen records in each country.

The number of lost or stolen data records varies around the world. Data records refer to any piece of information that can put an individual or organization at risk, including email address, date of birth, account credentials, medical files, and banking details. Using data from the Breach Level Index, we visualized where these records are concentrated based on the locations of the organizations that reported them.

The map puts into perspective the discrepancies in data records on a global level.

Almost 64 percent of the total stolen data records occurred in the United States, whose large population, concentration of major companies, and rate of technological adoption make it the most massive “hotspot” on this map. Countries like China and India are also major centers of data breaches.

However, we also see densely populated countries like Brazil and larger countries like Italy represented as small regions on the map. This means that having a large population is only half of the picture, especially if we take a look at the ratio of the population to data breaches.

According to the Breach Level Index, over 9.7 billion data records have been lost or stolen globally since 2013 as a result of data breaches and cyber crime. Here a few of the most alarming data breach statistics:

Data Breaches by Country and Population

The below graphic shows the countries that have the highest ratio of data records stolen relative to their population. With over 6 billion stolen records, the total number of records in the U.S. exceeds the population by 19 times.

However, countries like South Korea and Canada have substantial data theft in relation to their smaller populations, suggesting that other factors influence stolen data records. 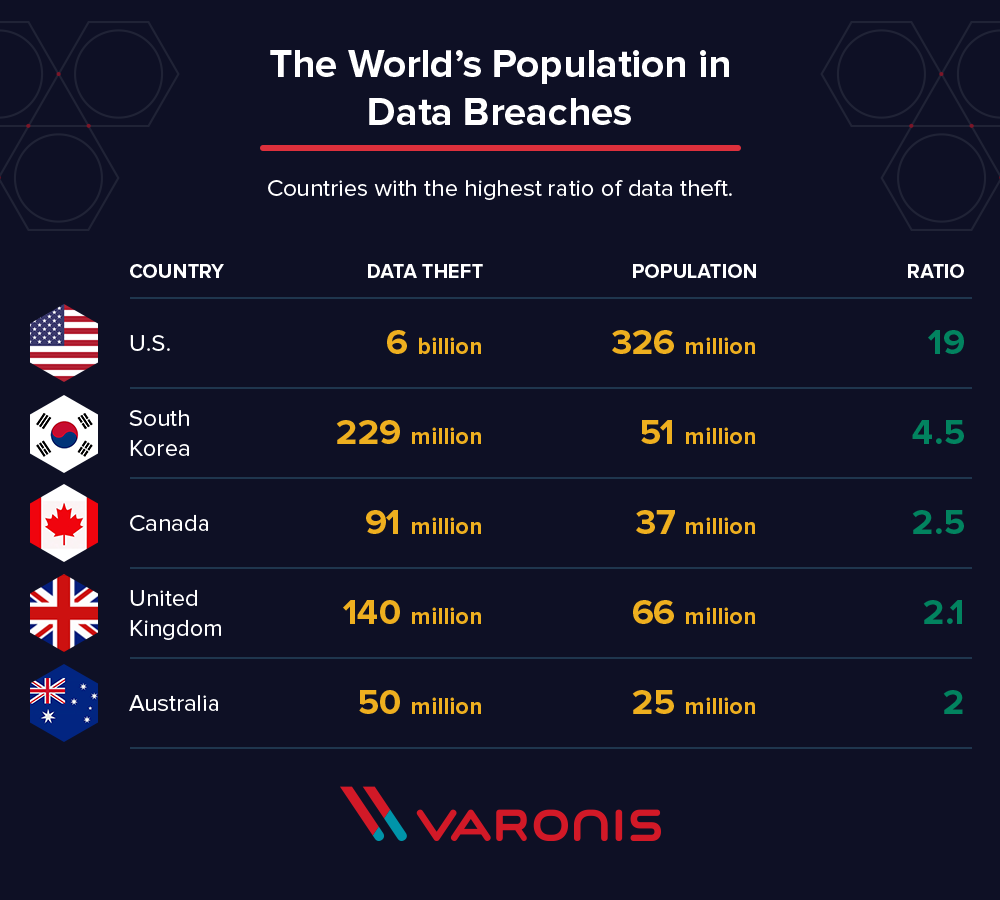 While data breaches refer to specific incidents that lead to data loss, identity theft is the moment one’s compromised data is used for malicious purposes. There have been a total of 10 million stolen identities stolen since 2013. Like the total number of data records, identity theft also contains geographic differences that aren’t caused by just population. 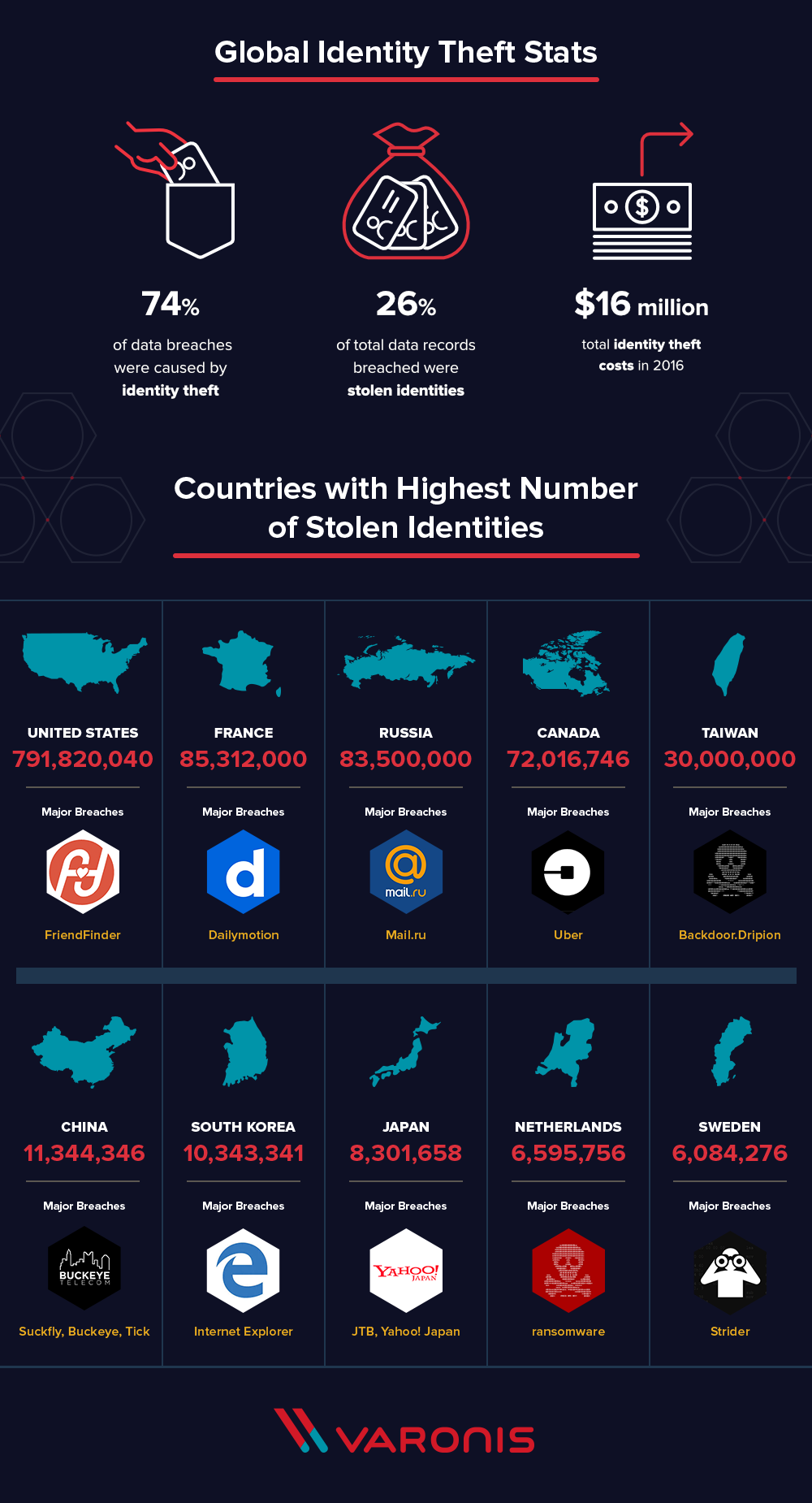 Despite their smaller populations, countries like South Korea and Canada are among the most hacked. According to Symantec, these countries were affected by “mega breaches” — breaches affecting more than 10 million identities. For example, the Dailymotion breach in France exposed 85 million identities, almost equal to the total data records stolen for the whole year. We also see other smaller countries like Sweden and the Netherlands sized much larger proportionately.

These geographic views reveal that dense populations and first-world power are not the sole sources of data breaches. Specific events and laws create gaps between countries, leading to major breaches that steal more data records than the populations that exist in some countries. With global data privacy regulations like GDPR and NDB taking place, it’ll be interesting to see how data breaches continue to impact the world.