According to myth, Kerberos (you might know him as Cerberus) guards the Gates to the Underworld. He’s a big 3 headed dog with a snake for a tail and a really bad temper.

In the modern world, MIT Computer Scientists used the name and visual of Kerberos for their computer network authentication protocol. Kerberos uses symmetric key cryptography and requires trusted third-party authorization to verify user identities. Since Kerberos requires 3 entities to authenticate and has an excellent track record of making computing safer, the name really does fit.

Microsoft introduced their version of Kerberos in Windows2000. It has also become a standard for websites and Single-Sign-On implementations across platforms. The Kerberos Consortium maintains Kerberos as an open-source project.

Kerberos is a vast improvement on previous authorization technologies. The strong cryptography and third-party ticket authorization make it much more difficult for cybercriminals to infiltrate your network. It is not totally without flaws, and in order to defend against those flaws, you need to first understand them.

Kerberos has made the internet and its denizens more secure, and enables users to do more work on the Internet and in the office without compromising safety.

What is the difference between Kerberos and NTLM?

Before Kerberos, Microsoft used an authentication technology called NTLM. NTLM stands for NT Lan Manager and is a challenge-response authentication protocol. The target computer or domain controller challenge and check the password, and store password hashes for continued use.

The biggest difference between the two systems is the third-party verification and stronger encryption capability in Kerberos. This extra step in the process provides a significant additional layer of security over NTLM.

NTLM systems can get hacked in a matter of hours these days: it’s simply older technology, and you shouldn’t rely upon NTLM to protect sensitive data.

How do you authenticate with Kerberos? 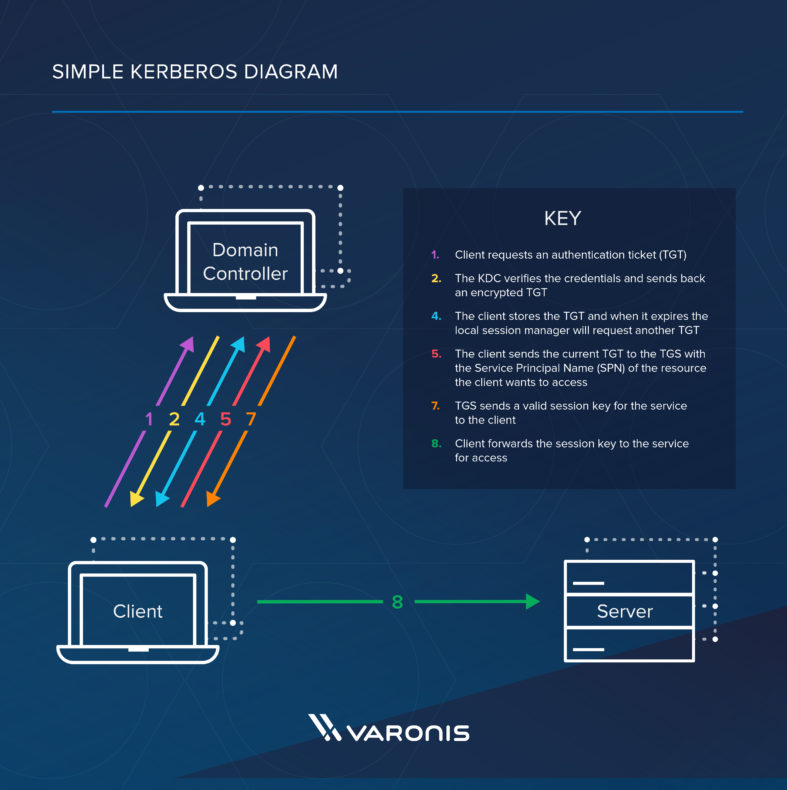 Here are the most basic steps taken to authenticate in a Kerberized environment.

If the Client is requesting access to a service or other resource on the network, this is the process:

Can Kerberos Be Hacked?

Yes. Because it is one of the most widely used authentication protocols, hackers have developed several ways to crack into Kerberos. Most of these hacks take advantage of a vulnerability, weak passwords, or malware – sometimes a combination of all three. Some of the more successful methods of hacking Kerberos include: 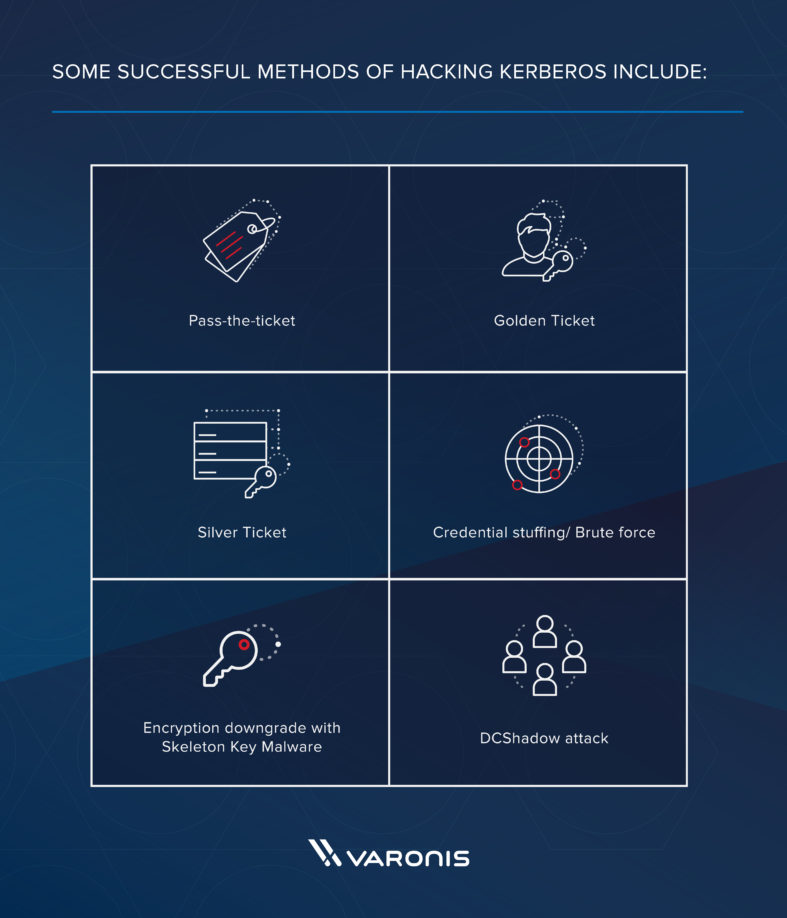 Kerberos is far from obsolete and has proven itself an adequate security-access control protocol, despite attackers’ ability to crack it. The primary advantage of Kerberos is the ability to use strong encryption algorithms to protect passwords and authentication tickets. With today’s computers, any brute force attack of the AES encryption protocol used by the current version of Kerberos will take approximately longer than this solar system has left to survive. Suffice to say: Kerberos is going to be around for a while in one form or another.

What is going to replace Kerberos?

There are no real contenders to replace Kerberos in the pipeline. Most of the advancements in security are to protect your password or provide a different method of validating who you are to Kerberos. Kerberos is still the back-end technology. Kerberos excels at Single-Sign-On (SSO), which makes it much more usable in a modern internet based and connected workplace. With SSO you prove your identity once to Kerberos, and then Kerberos passes your TGT to other services or machines as proof of your identity.

The weakest link in the Kerberos chain is the password. Passwords can be brute-force cracked or stolen by phishing attacks. For this reason, Multi-Factor Authentication (MFA) is becoming more popular to protect online identities. With MFA, you need the password and something else – a randomized token, mobile phone, email, thumbprint, retina scan, facial recognition, etc. – to prove that you are in fact who you are telling Kerberos you are.

How does Varonis monitor Kerberos?

Discover how Varonis detects Kerberos attacks for real with a 1:1 demo today – and get in touch to learn more about our threat models.

What is Mimikatz? The Beginner's Guide

In Search of Kerberos’s Golden Ticket