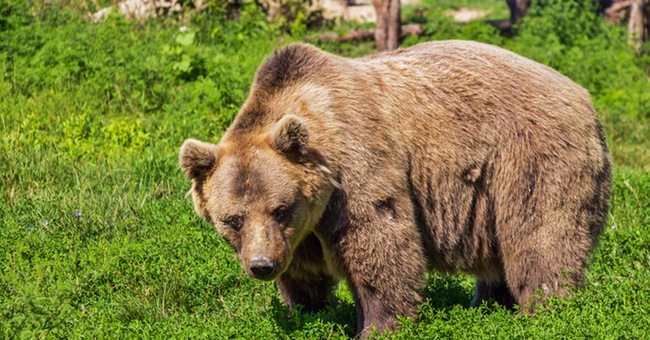 This article is part of the series "SQL Server Best Practices". Check out the rest:

The goal of this post is not to delve into SQL server settings in great depth but instead to walk through some of the things you should look at when architecting or troubleshooting SQL server performance issues.

Troubleshooting performance issues can be a pain as you must figure out which instance is the root cause, which might not be so easy.

This question is usually weighed against the costs of operating system and SQL licenses. If app performance is paramount then a dedicated instance is highly recommended.

Microsoft licenses SQL server at the server level per core and not per instance. For this reason admins are tempted to install as many SQL server instances as the server can handle, to save on SQL licensing costs, which can lead to major performance issues down the road.

Use RAID 10 for user binaries, data, log files, and TempDB for best performance and availability.

Page contention can occur on GAM, SGAM, or PFS pages when SQL has to write to special system pages to allocate new objects. Latches protect (lock) these pages in memory. On a busy SQL server it can take a long time to get a latch on a system page in tempdb. This results in slower query run times and is known as Latch Contention.

A good rule of thumb for creating tempdb data files:

Beginning with SQL server 2016, the number of CPU cores visible to the operating system is automatically detected during installation, and based on that number, SQL calculates and configures the number of Tempdb files required for optimum performance. Automatically configuring tempdb files according to the number of available CPU cores is a big step forward and so kudos to Microsoft for introducing this great new feature 🙂

With Trace Flag 1118 enabled each newly allocated object in every database on the instance gets its own private 64KB of data. The impact is greatest in tempdb where most objects are created.

The min server memory option sets the minimum amount of memory that the SQL instance has at its disposal. Since SQL is a memory hog which chews up whatever RAM throw at it you are unlikely to ever encounter this unless the underlying operating system were to request too much memory from SQL server. Virtualization technologies bring this setting into play.

The max server memory option sets the maximum amount of memory that the SQL instance can utilize. It is generally used if there are multiple apps running at the same time as SQL and you want to guarantee that these apps have sufficient memory to function properly.

Some apps will only use whatever memory is available when they start and do not request more even if needed. That is where the max server memory setting comes into play.

On a SQL cluster / farm for example, several SQL instances could be competing for resources. Setting a memory limit for each SQL instance so that the different SQL instances are not duking it out over RAM will guarantee best performance.

Don’t forget to leave at least 4-6GB of RAM for the operating system to avoid performance issues.

The default value is 0, which allows SQL to automatically configure the number of worker threads at startup. This works for most systems. Max worker threads is an advanced option and so should not be altered without the go ahead from an experienced DBA.

When should I configure SQL to use more worker threads? If the average work queue length for each scheduler is above 1 then you might benefit from adding more threads to the system but only if the load is not CPU-bound or experiencing any other heavy waits. If either of those things are happening then adding more threads would not help as they would just end up waiting too.

The index create memory option is another advanced option that usually should not be touched. It controls the max amount of RAM initially allocated for creating indexes. The default value for this option is 0 which means that it is managed by SQL Server automatically. However, if you run into difficulties creating indexes, consider increasing the value of this option.

When a query is run, SQL tries to allocate the optimum amount of memory for it to run efficiently. By default, the min memory per query setting allocates >=1024 KB for each query to run. Best practice is to leave this setting at the default value of 0, to allow SQL to dynamically manage the amount of memory allocated for index creation operations. If however SQL server has more RAM than it needs to run efficiently, the performance of some queries could be boosted if you increase this setting. So long as there is memory available on the server, which is not being used by SQL, any other apps, or the operating system, then boosting this setting can help overall SQL server performance. But if there is no free memory available, increasing this setting would likely hurt overall performance rather than help it.

The caveat here is that each SQL Server version has its own limitations on compute power it can utilize.

NUMA is a memory-access optimization method that helps increase processor speed without increasing the load on the processor bus. If NUMA is configured on the server where SQL will be installed then you need not worry as SQL is NUMA aware, and performs well on NUMA hardware without any special configuration.

You are unlikely ever to need to alter the processor affinity defaults unless you encounter performance problems but it is still worthwhile understanding what they are and how they work.

SQL uses all CPUs available from the operating system. It creates schedulers on all the CPUs to make best use of the resources for any given workload. When multitasking the operating system or other apps on the SQL server can switch process threads from one processor to another. SQL is a resource intensive app and so performance can be impacted when this occurs. To minimize we can configure the processors in a way that all the SQL load will be directed to a pre-selected group of processors. This is achieved using CPU Affinity Mask.

Note: hardware affinity for individual disks or disk controllers is not supported.

By default, SQL uses all available CPUs during query execution. While this is great for large queries, it can cause performance problems and limit concurrency. MAXDOP configuration depends on the SQL server machine – a symmetric multiprocessing (SMP) computer, a non-uniform memory access (NUMA) computer, or hyperthreading-enabled processors.

Use the following guidelines from Microsoft when you configure the MAXDOP value (SQL2005+):

The default is set to 5. The cost threshold figure is used by the optimizer when evaluating plans which are multi-threaded. 5 is a really low setting which is only appropriate for purely OLTP applications.

For non OLTP systems, I recommend starting with this setting at 50 or so and tuning up or down as appropriate. Make sure you measure for the critical queries in your application and adjust if required.

A Few Other Settings Worth a Mention

Although technically a Windows permission, granting the “Perform volume maintenance tasks” permission to SQL gives it a boost when it comes time to grow out data files.

By default Windows writes a bunch of zeros whenever a user asks for space. If I create a 1MB file, Windows will write 1MB of zeros to disk to properly initialize the file. Giving SQL this permissions means that, when requesting space for data files, SQL tells Windows to mark the space as used and immediately hand it back to SQL, which results in faster data file growth.

Starting with SQL Server 2008r2, a check box enables backup compression. Backups are smaller, take less time, and restores even take less time. This setting is a no brainer really!

This setting only really comes into play to help make troubleshooting easier when SQL has gone haywire.

When you connect through the DAC, SQL Server provides a dedicated connection, CPU scheduler, and memory. Remote troubleshooting a SQL instance pegged at 100% CPU utilization is much easier when you have dedicated resources at your disposal! You must be connected to SQL either physically at the console or remotely over RDP to use remote DAC. Again this setting is a bit of a no brainer really. Set it and forget it!

In my next post I will go through some best practices around SQL server in a virtualized environment.