Varonis Uncovers Another New Strain of the Qbot Banking Malware

We have discovered and reverse engineered another new strain of Qbot, a sophisticated, well-known type of malware that collects sensitive data, such as browser cookies, digital certificate information, keystrokes, credentials, and session data from its victims to commit financial fraud.

Varonis Security Research and Forensics teams responded to several Qbot infections in 2019, mostly in the US. The threat actors appear to have been busy: they’ve been creating new strains with new functionality as well as improving their SecOps capabilities.

We detailed an earlier strain of Qbot and discussed its TTP (tactics, techniques & procedures); this strain differs in two main aspects:

One of our customers reached out after receiving an alert from the Varonis Data Security Platform that a user’s account had deviated from its behavioral baseline and accessed an atypical number of network devices. The customer then looked at AV logs from the suspected device and noticed unhandled infected file alerts from around the same time.

The unhandled files were in the user’s temp folder and had .vbs and .zip extensions. Varonis Forensics team helped the customer extract the malicious file samples; our research team analyzed them and discovered the new Qbot variant.

We ran the infected file in our lab environment and found similar indicators to those in our prior Qbot investigation – injection to the “explorer.exe” process, connection to the same remote URLs, same registry and disk persistence methods and same replacement of disk evidence with “calc.exe” file.

This strain contained an encrypted configuration file, misleadingly labeled with a “.dll” file extension. Using dynamic analysis of the explorer.exe process, we determined that the key for the RC4-encrypted configuration file is the SHA1 hash of a unique string the malware creates for each device (we know it is not random because the previous Qbot variant chose the same string for the same device).

This is the configuration data we decrypted for our device:

Much like the previous version, this version of Qbot also used a VBS file to download the main modules of the malware.

The main payload is injected into all the active processes under the user.

After establishing persistence, the malware tries to connect to its C2 server in the URI content.bigflimz.com. This version collects sensitive data from the victim’s machine, encrypts it and sends it over FTP to a server using hard-coded credentials.

This server contains encrypted files collected from victims, with a naming convention that follows “artic1e-*6 characters followed by 6 numbers*-*time in epoch standard*.zip”.

We logged into the FTP server, revealing this directory: 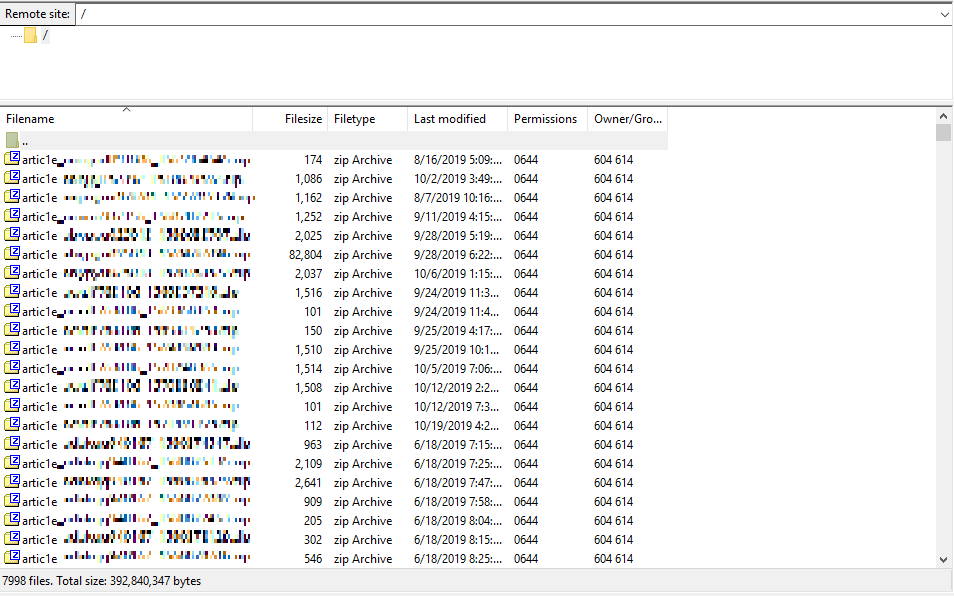 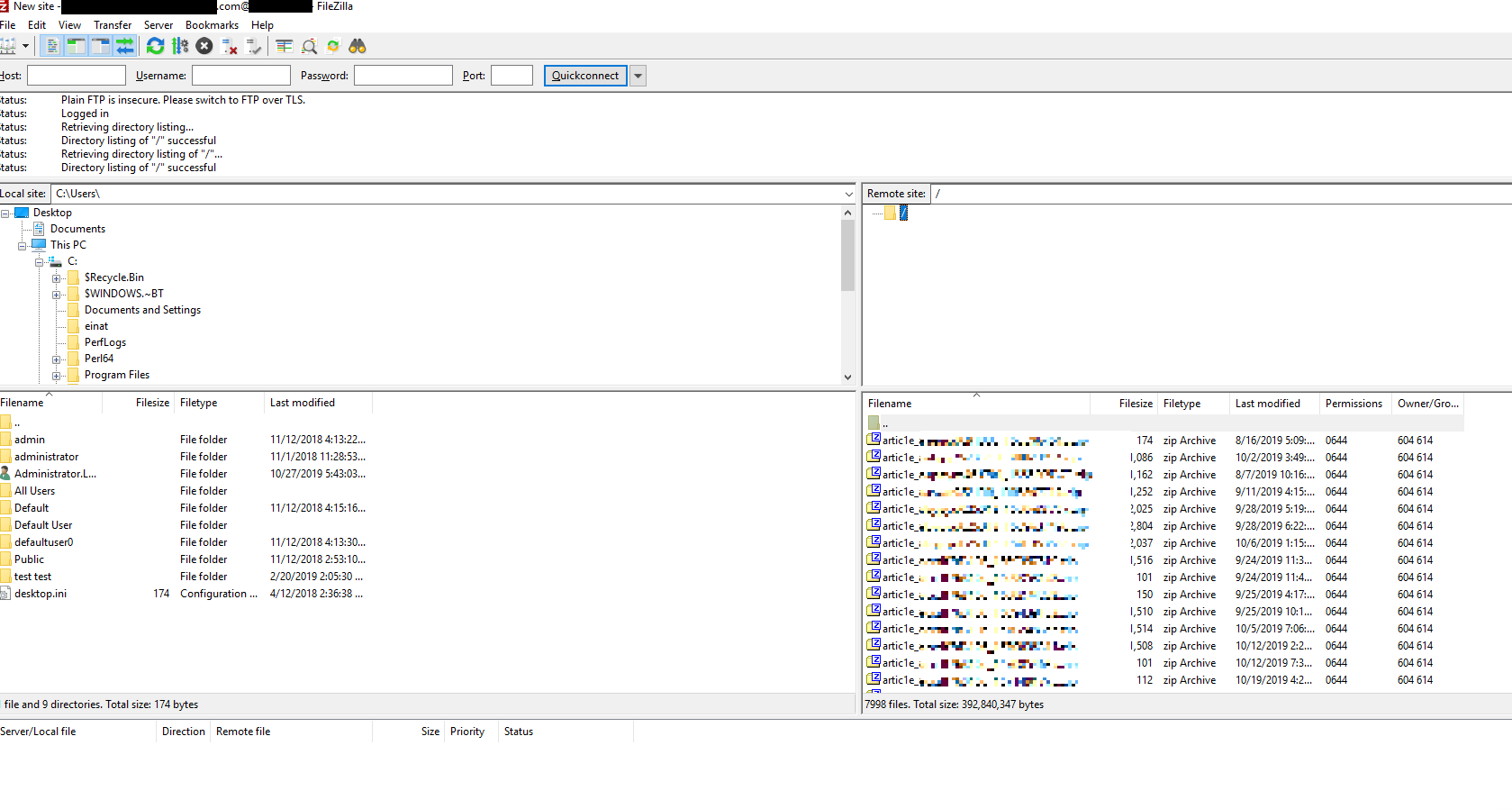 We have not yet managed to decrypt the zip files to determine what information the attacker exfiltrated.

As we found that only one device was infected, our remediation recommendations were:

SecurityRWD - Salesforce as a file server? You bet.